REMINISCING PAST ACTIVITIES FOR THE DEAF 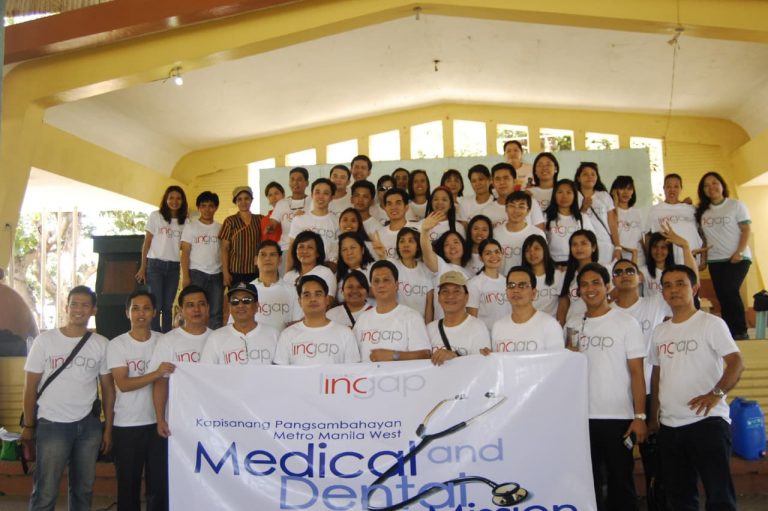 THE ECCLESIASTICAL DISTRICT of Manila conducted a relief and health-care mission in the Local Congregation of Lubang in Occidental Mindoro on April 13 and 14, 2012. Spearheaded by the district leadership, the activity was led by doctors, nurses, and Christian Family Organizations (CFO) officers who traveled all the way from Manila to the island of Lubang for the brethren who are in need.

Upon the group’s arrival at the local compound in the afternoon of April 13, a socializing activity was held, wherein parlor games were played and original Iglesia Ni Cristo music were sung by the Lubang Children’s Worship Service choir. During the gift-giving, parents were given free groceries and clothes while the children were given free Sunday clothes, school supplies, slippers, and toys.

Early the next day, the medical mission started. Volunteer medical practitioners offered free check-ups and consultations, including dental and optical services. Some patients received free reading eye glasses. For the benefit of nonmembers, medicines and multivitamins were donated to the Lubang Municipal Health Center.

More than these, the brethren invited the people in the area to attend the Church’s missionary work. CFO district officers teamed up with local CFO members in a house-to-house distribution of religious pamphlets and invitations for the evangelical mission to be held in the evening. The house of worship of Lubang Congregation was filled with guests who listened to the teachings of the Bible.

Meanwhile, as the district continues to focus its efforts on propagational activities, an evangelical mission for the Deaf was held on April 10 at the Local Congregation of Syquia, Sta. Ana, Manila. A total of 55 Deaf guests along with 350 other visitors were invited by the Deaf brethren. Brother Homer A. Tiomico, district supervising minister, officiated at the occasion. An evangelical worker, Brother Alexander V. Castillo, served as a Sign Language interpreter.

Prior to the evangelical mission, the district’s First General Assembly for the Deaf was held in the same local congregation on March 17 and was attended by 68 Deaf members enlisted in the district. Also present were brethren currently studying Sign Language under a special program spearheaded by the CFO district leadership.

*Metro Manila West is now the Ecclesiastical District of Maynila

With reports from Joseph Amarille and Siegfred Gollayan

REMINISCING PAST ACTIVITIES FOR THE DEAF